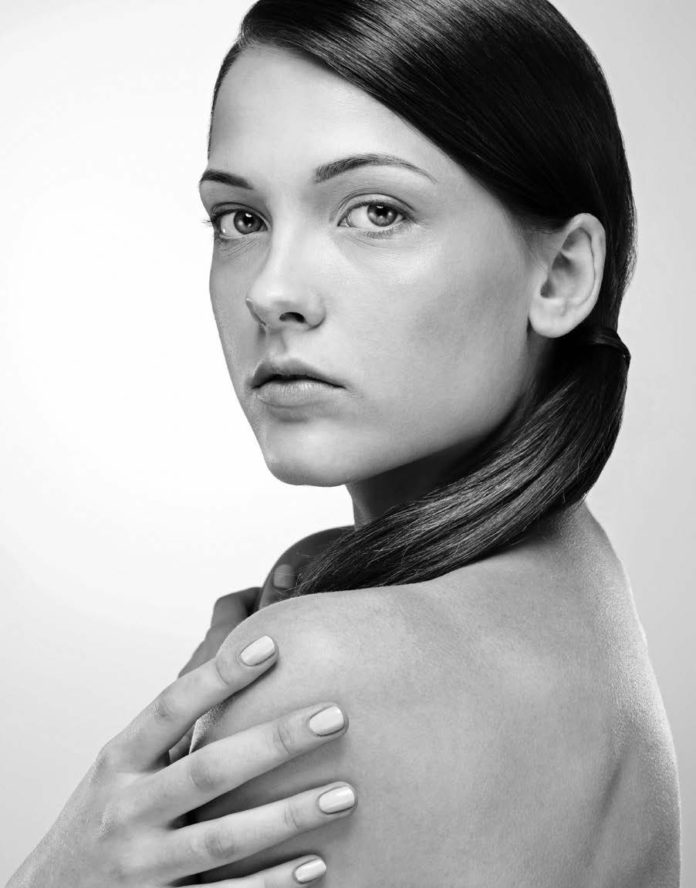 Cancer can happen at any age, we know this. But when we think about skin cancer, most of the time our minds envision someone a bit older, who is only now experiencing symptoms due to carelessness of their younger years. Unfortunately, skin cancer doesn’t always take 20, 30, or 40 years to develop. Sometimes it develops instantly.

In late January 2017, Southern Maryland native, Ashley, went to a local primary care ofﬁce to get a routine physical. Living in Northern Virginia at the time, she was hoping to volunteer at a children’s hospital, and in order to do so, she needed a provider to sign off her health form. It was on this day her doctor noticed a mark under her right eye. He asked if Ashley had ever gotten it looked at, to which she said no. Though she had noticed the mark for a while, it simply seemed like a patch of dry skin or acne, so she didn’t think much of it. The physician thought otherwise—that it might be skin cancer—and recommended she go have it looked at by a specialist.

In February, Ashley visited a dermatologist in Washington, DC, where they took a biopsy of the mark. A few days later, she received a call. “They told me it was basal cell carcinoma (morpheaform), and that I needed to come in as soon as possible to get it removed,” Ashley recalled. Freaked out and worried, she took the necessary steps to schedule her surgery. “I was only 22 years old at the time. I was kind of shocked.”

On Valentine’s Day, Ashley has mohs surgery, a surgical procedure in which thin, circular layers of cancer-containing skin are progressively removed. Each patch of skin is tested around the edges for remaining traces of cancer. If detected, more is removed. Ashley’s surgery required two rounds, taking about three hours. Face numb, Ashley received six stitches from the bottom of her right eye to the middle of her check.

Throughout the following months, Ashley had various rounds of laser scar removal to help with the healing process. After all, this is her face we’re talking about, and no amount of makeup can cover up two inches of stiches. Though Ashley’s cheek and eye healed nicely, the experience was a wake-up call. “My form of skin cancer was not life threatening. However, it is the fastest growing kind of the basal cell carcinoma and if we would have let it grow, it would have been very deep and encompassed a lot of my cheek.”

As someone who was so young and even made a point to never use tanning beds, she was upset this happened to her. The doctor thought the cancer had been growing for around two years, and Ashley theorized it was caused from a bad sunburn during a spring break trip in college. The upside, besides the fact that it was successfully taken care of, is that she can share her story. Not only with those she knows personally, but with other young adults who think they are immune from the sun’s curse.

Both Ashley and her roommate’s families have a history of skin cancer, which increases someone’s risk of developing the disease. Now, both women make sure to get annual skin checks and encourage their friends and family to do the same. “Skin cancer doesn’t always look the way we’re taught in school or the way it is portrayed in the media,” Ashley said. “Melanoma is usually the focus, along with odd-shaped moles. But mine looked like acne. It had been there for months and I never once thought it was cancer, of all things.”

Basal cell carcinoma is the most common form of skin cancer. An estimated 4.3 million cases are diagnosed in the U.S. each year. It’s important to understand the symptoms and how to avoid developing it in the ﬁrst place.

As someone who took this experience very seriously, Ashley decided to get all new makeup and facial skin care products with a minimum of SPF 15. She regularly wears hats while out in the sun and makes sure to reapply sunscreen. Unfortunately, basal cell carcinoma often comes back, therefore it needs to be monitored religiously.

The Skin Cancer Foundation recommends everyone practice monthly head-to-toe self-examinations to ﬁ nd any new or changing lesions that might be cancerous or precancerous. Skin cancers found and removed early, like Ashley and her roommate’s, are almost always curable.

To spot either melanomas or non-melanoma skin cancers (such as basal cell carcinoma and squamous cell carcinoma), the Foundation says to take note of any new moles or growths, existing growths that begin to grow or change signiﬁ cantly, and lesions that itch, bleed, or don’t heal. If Ashley had known what to look for, perhaps she would have questioned the spot on her face more carefully. Prior to diagnosis and in addition to not healing, her “acne” bled, itched, and grew in size.

Even as an advocate of cancer prevention, it can still be hard to know when it is happening to you. Throughout college, Ashley regularly participated in Penn State’s 46-hour dance marathon beneﬁ ting pediatric cancer. As a senior, she even danced in the no-sit, no-sleep event. Unbeknownst to her—or anyone—at the time, that she had cancer herself.

Looking back on it all, Ashley hopes others can learn from her experience and continue to join her in raising awareness about cancer symptoms, support opportunities, and treatment innovations. “Supporting those with cancer, their families, and educating the public is key to combatting cancer,” she said. “I always believed that, but now I know personally. Be smart about your choices and help those who are struggling. Everyone isn’t as lucky as I was.”

Breast Screening 101: What to Expect During a Mammogram