Home Community The Communities within “Community” Empathy, Intersectionality, and LGBTQ+ 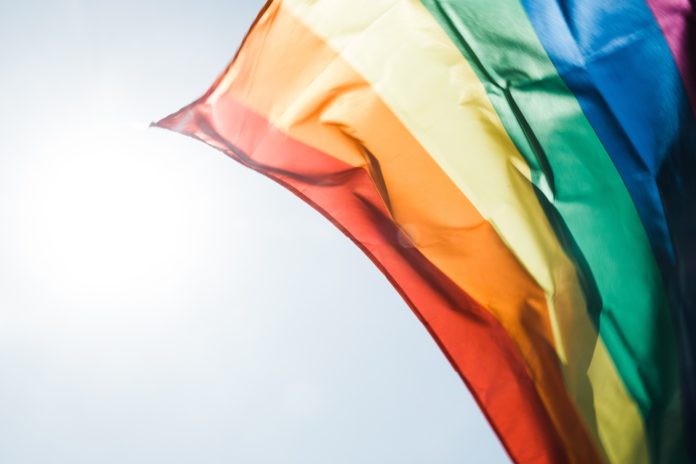 Is it a complete lie to say, “Times are good”? In comparison with the past 50 to 100 years of LGBTQ+ life and now, yes – there have definitely been some major, positive changes. This claim might be true for some incredibly lucky people, however, it may make more sense to recognize “times are good” as a twisting of the truth.

First, let’s break down the acronym LGBTQ+. When I write LGBTQ+ life, I’m referring to life as a lesbian, gay, bisexual, trans, and/or queer person. The “+” refers to the vast array of other sexual identities. This is the accepted and inclusive way to refer to the queer community, who can be grouped by one common theme: the fact that they don’t identify as straight and/or cisgender.

Let’s unpack that definition. To empathize with someone is different from expressing your condolences or well wishes for them. Instead, empathizing is taking a necessary step to experience their stories from their perspectives. It’s more than just wearing someone else’s shoes – it’s like wearing someone else’s shoes inside of their home, with your mind astral projecting into their brain so you can see out of their eyes.

Annie, 35, shared her experience as a lesbian woman in an interracial relationship in SOMD, saying, “I live in a small town. The looks we get are somewhat tolerable, but the behavior is not. [I was once] pulled over for a minor speeding ticket and we were forced to exit the vehicle separately. I held our 11-month-old child in my arms on the side of the road while the police questioned us for 20 minutes. The verdict? A ticket for going nine miles over the speed limit.”

Similarly, Jennifer Platts, 30, explained a typical interaction when out in the community with her partner. “I still feel uncomfortable in some spaces even holding my partner’s hand. I think this is a very conservative area in a lot of ways and while I haven’t been openly discriminated against, I definitely notice a lot of glares and funny looks from people.”

Now, you might be asking, why is empathy-building where we need to focus? Shouldn’t we be making personal, political, and social change? Why are we reading dictionary definitions when the answers to all of our problems are out there, in the real world?

And you’re right! We should be making personal, political, and social change, but how can we do that when our foundation is uneven? We will not be able to build a sustainable environment for LGBTQ+ folks in any society without a basic understanding of empathy and how our actions affect other people.

An important connection to make between LGBTQ+ acceptance and empathy is understanding the intersectionalities every person has within all of their identities. The Oxford English Dictionary defines intersectionality as “the interconnected nature of social categorizations such as race, class, and gender as they apply to a given individual or group, regarded as creating an overlapping and interdependent system of discrimination or disadvantage.”

For example: I am white, but not only am I white, I am also a woman, and not only am I a white woman, I’m also queer, and the list goes on. There is not a single, acceptable way of life, but hundreds of thousands of realities and experiences that are valid and deserve recognition.

There is still a great amount of fear, pain, and struggle within the younger population of the LGBTQ+ community. “I’ve heard people talk down to LGBTQ+ members while going out. Two people got into a full-on argument, yelling at each other over LGBTQ rights with one side saying they shouldn’t be allowed to stay in this country. That’s when I decided to stay closeted until I was older.” This is a quote from an anonymous individual, aged 18, when asked about their general experience as a young member of the LGBTQ+ community.

Another anonymous participator, a nonbinary individual aged 20, explained, “Even though I do view myself not as one stagnant gender, it still sometimes hurts when people assume who I am because it makes me feel very much essentialized. It also is frustrating when I participate in masculine-type behaviors and people think I’m being rude, when really I’m just asserting myself as an individual.”

Throughout the interviewing process, I asked each participant what they would like to see change and if they had any ideas for how to implement that change specifically within their own Southern Maryland community.

Heidi Samuels, 54, suggested the idea of civic, political, and social groups specifically for LGBTQ+ folks, saying, “We need to create more civic groups like an LGBTQ recreation committee or political involvement groups. It would also be nice to see social groups with scheduled activities every other week like bowling, hiking, or just going to the movies.”

I also gave the space for contributors to address the SOMD community in an open and honest way. I asked them to share what they wish they could tell people who are not a part of the LGBTQ+ community or are wary or unsure of reaching out to foster new connections.

David, 48, responded with the desire for a better partnership. “It sounds odd, but we see it every day – LGBTQ+ folks get treated a different way, discriminated against, and most people don’t know we can be fired simply for being us. We need better communication and understanding of not how our communities are different, but how we are alike and can work together to make our communities even better.”

An anonymous participant, aged 58, replied in a similar fashion, saying, “We work, pay taxes, have kids, cook, do laundry, sleep, eat, and worry about the same things you do. The smaller minority of folks you see online or on TV do not represent most of us. And for those who are more flamboyant (which seems to be a turn off for some folks), so what? Let them be fabulous! Diversity is what makes us great.”

Steve Tuttle, 42, added that his ideal society is one “where you don’t have to come out anymore, it’s just plain accepted.” This conversation of LGBTQ+ folk feeling accepted within their communities is one we hear about a lot. It is an important conversation yet can be a confusing one when you’re not sure how you, specifically, are connected to it. This is where our short introductions to empathy and understanding intersectionality come in.

It would be so much easier if we all lived the same, cookie-cutter lives. We would be able to relate when something went wrong for someone else because that same thing also went wrong for us. Our emotions and reactions would be the same, on the same level, and expressed in the same way. Except, that’s not living.

One of the best things about being human is our intersectionalities, our personal experiences, our own, specific communities that we are a part of. But there is a way to make them better. Real change and acceptance come by connecting not only within our communities, but by reaching out with empathy to other communities we may not be a part of. We need to support each other, stand up for one another, and make a constant and continuous effort to put on each other’s shoes and astral project ourselves into each other’s realities.