Home Home + Design How Do You Get Rid of Yellow Jackets? 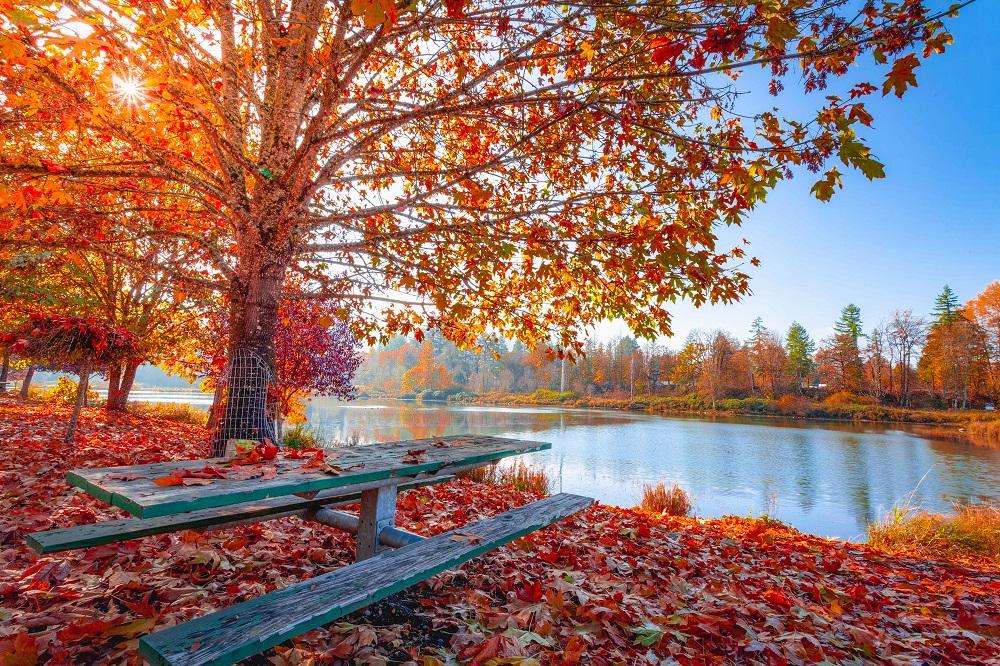 Remember the kid that picked on everyone in middle school?

Now picture that kid times a thousand. Being harassed by one bully is bad enough, but a thousand? It’s the stuff of nightmares.

That’s exactly what yellow jackets are — the bullies of the insect community. They’re not here to make friends; they’re here to attack anything or anyone who stands in their way.

As the fall season approaches, yellow jackets start to go crazy from starvation due to diminishing food sources. Their favorite victims are the poor honeybees, often eating them, their larvae, and their honey. (Like we said, bullies.)

Since hunger drives them out of their nests in a fury, you’re more likely to run into them — and it won’t be a pleasant encounter. Nothing ruins a walk in the crisp, fall air like the sting of a hangry wasp.

If you’re in northern Virginia or southern Maryland, fall temperatures are just around the corner, along with the potential for a yellow jacket problem.

Here’s how to get rid of yellow jackets that are invading your property:

There are a variety of yellow jacket traps on the market that include effective chemicals, but why not try creating one of your own?

Cut a small hole in the top half of the bottle and put it near the nest (if you’re able to locate it), but far enough away from wherever your family gathers.

Voila! You now have a yellow jacket trap.

Spray Them with Soapy Water

You’ve made the trap, now make the spray!

Mix equal parts water and dish soap in a spray bottle capable of firing from longer distances. Keep it by your side if you know yellow jackets will be around to ruin your good time.

If you see one flying around, spray it! From a distance, of course. The soapy water weighs down their wings, causing them to fall and essentially drown.

Call the Professionals to Get Rid of Nests

Yellowjackets build nests in trees, underground, or in the eaves and crevices of homes. While you can try to destroy them on your own, it’s incredibly dangerous.

Killing one yellow jacket causes it to release a chemical that signals the others to take charge. Trying to wipe out an entire nest is a disaster waiting to happen.

If you’re compelled to try anyway, be sure to wear protective clothing (no exposed skin), stand as far away as possible, and spray it using a hose or the soapy water solution. Plan to attack in the dark since they won’t be able to locate and sting you as easily.

We’re Here to Help You Get Rid of Yellow Jackets

If you’re a resident of northern Virginia or southern Maryland, we’re at your service! Knowing how to get rid of yellow jackets on your own is helpful, but it doesn’t always work — that’s where we come in.

Planet Friendly Pest Control helps eliminate the threat of insects such as yellow jackets while keeping your family safe with eco-friendly treatments. Contact us today for a consultation.

How Bad Are Carpenter Bees, Really?

How to Put Your Home’s Equity to Work

Why do Odorous Ants Love Your Southern Maryland Home?

Secrets of the Pros: How Do Exterminators Get Rid of Mice?