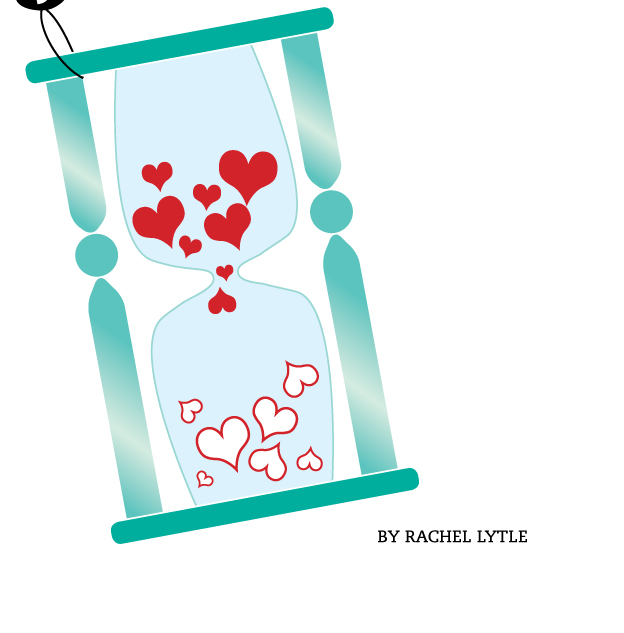 Ever since high school this has been one of my favorite quotes. And ever since high school, I’ve had my share of dating ups and downs. Growing up in Southern Maryland, I couldn’t wait to get out like the rest of us. I figured, there’s a whole world out there – and I’m definitely not going to make my dreams come true – career or otherwise – in little ol’ St. Mary’s County.

While my story is still being told, the chapters have surprised me over time. When I moved back home to Southern Maryland after college, I dreaded the idea of dating. I felt there was nobody left to meet, and more importantly, I wasn’t in the right frame of mind to meet these men if there were. After bouts of wrong guys, forced interactions, and online dating fatigue, I stopped caring. I focused on my own life; playing tennis, socializing with friends and family, and simply entertained the idea of meeting someone someday without worrying about the outcome.

And then I met my boyfriend – on Tinder, a dating app – of all places. Like most people, I told my friends, “it just kind of happened.” The first time those words left my mouth, I realized I was saying exactly what I wouldn’t have wanted to hear just three months prior. Meeting the right person doesn’t just happen – there’s more to it than that. But what?

I decided it was time to gain some clarity by interviewing women, both married and single, about their experiences dating in Southern Maryland. Along with my own research and intuition, I wanted to know what we all have in common, what we don’t, and how to pass on the best advice to those who are still looking for their special someone this Valentine’s Day.

1. Figure Out What You Actually Want: Through the good and the bad, every experience only leads you closer to figuring out exactly what it is you’re looking for in a significant other – something Shawna, 42 and divorced, is learning every day. Having lived in Southern Maryland for four years, Shawna says she wants to find her soul mate, and not just someone she can “tolerate” for the rest of her life. “I want someone to grow old with, and someone imperfect, like me. My rolodex of weird dating stories stems mostly from their character – angry, depressed, needy, narcissistic – but each time I date I actually learn more about myself; what I want, what I don’t want and what I can and cannot tolerate.”

2. Be a Good Neighbor: Your perfect person might be the son, brother, or coworker, of the cute folks next door, but you’ll never know if you don’t say hi. Talk to people – at the gas station, grocery store, Target, you name it. Be nice to those you encounter and network around town when you can. And so what if the guy you meet turns out to be Mr. Right Now instead of Mr. Right, your outlook will change as you learn more about yourself and what you want in a partner.

It has for Madalyn, 24, who’s lived in Southern Maryland her entire life. “Don’t have expectations for people,” she says. “You can’t test people and then get mad if they don’t react the way you want them to. I think being at peace with someone’s differences and allowing that to be the reason you walk away rather than it being something you change, is really empowering. Every time you find the wrong person and let them go, you get closer to finding the right person!”

3. Date Off the Grid – When times are tough and you feel like there’s nobody left to meet, go somewhere in the area you’ve never been – in fact, give someone a chance who isn’t your so-called ‘type.’ Often times, the person who’s right for us in the end is not always who we envision for ourselves, and it’s important to be open to getting to know people.

Take Shannon for example, a 27-year-old wife and mother to a 4-month-old daughter. “I typically dated older guys, and he is two years younger than me,” she said. Shannon met her husband at the local gym. “He is also very quiet and shy… I typically went for the outgoing type. I am glad I gave him a chance, because he is more mature than most older men! He is also very funny and playful once you get to know him.”

4. Embrace What You Have – In Southern Maryland, we have the opportunity to actually go out and do things that are memorable and allow you to get to know another person. Go hiking instead of meeting up for drinks at a restaurant. Head out for an afternoon boat ride or hang out by the water. Visit historic landmarks or create your own entertainment at home. Take time to go on adventures with your friends, and don’t blame the town for your dating troubles. “Don’t just go to the same bars; be adventurous and try new things and places!” says Shannon. “Also, go outside of your normal ‘box.’ You will be surprised who you can meet when you open yourself up to new things and types of people.”

5. Relax, and Be Confident in Yourself – One common problem for singles is when they focus so much on being alone that they expect finding another person to make them happy and, in turn, fix all of their problems. This is not the case, nor should it be to have a healthy relationship when you do find the right person. Half of the “dating game” is mental – you have to be in the right state of mind to let someone into your life, as well as know how to be alone without being lonely. “I am self sufficient and independent,” says Shawna. “I refuse to settle for less than what I am looking for. I know he is out there; it is just a matter of him finding me.”

And while that process can sometimes last longer than one would hope, take it from 58-year-old Patricia, who’s been both divorced and widowed. Currently re-married, she met her present husband online. Through it all, Patricia has learned that there are a lot of wonderful people out there, and it’s important to “spread your wings.”

“Dating when I was younger, I wish I’d realized that there is a big world out there.” Patricia said. “Don’t settle – but don’t sweat the small stuff. When I was younger I just couldn’t get over myself. Being right, or thinking you are right makes absolutely no difference. Be respectful of each other – a successful relationship is one in which you truly appreciate each other.”

It’s All In the Bag

Do I Need an Estate Plan If I am Single?