Home Lifestyle The Look of Love 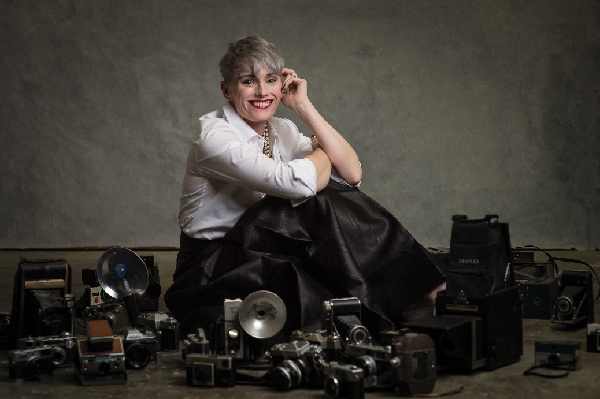 As a wedding photographer, Jane Pilkerton is often tasked to document a specific event – the exchange of vows – along with the moments leading up to and following it: bridal preparations, the first dance, cake cutting, toasts and tearful hugs. But what comes through in her photographs is more than the sum of those parts. A quick glance of her portfolio is proof that her work is more art, craft, and social skill than strictly a trade, and her dedication and skill set has made her one of the most sought-after photographers in the area.

Jane, along with her husband Steve Pilkerton, began their Waldorf, MD-based business, Photography by Steve and Jane, more than six years ago when a friend asked them to shoot their wedding. They enjoyed that experience so much that they decided to pursue it further, beginning with exploring their talent and improving their skills.

Both Jane and Steve are primary photographers with equal training. According to Jane, “we made sure early on to have the same skill set so that no matter who is behind the camera, our couples are getting the highest level of photography.” They researched the best photographers in the industry, found those whose work spoke to them and then, they traveled the country to get hands-on training with them.

“We started with online tutorials but quickly graduated to hands-on training and real-time feedback so we could achieve the effects we were going for,” Jane explains. “For the first few years we were not worried about profit, we were only concerned with educating ourselves so we could be the best and confidently walk in and know that we could handle every variable thrown at us on a wedding day.” Those variables range from the weather, e.g., sunshine, rain, overcast skies, to where the wedding party is getting ready. “Sometimes a bride is getting ready in a basement with no windows, for example, so we need to be able to create light where there is none. Being able to photograph in every situation that we could be faced with on a wedding day was really important to us. We never wanted to be that photographer who ruined a couple’s wedding day photographs. As a result, no matter the situation, we know we can give our couple’s beautiful photographs that they will love.”

Jane says she has always loved going to museums and looking at the dramatic work of the Dutch masters and works from the Renaissance. This influence is evident in Jane and Steve’s work, and many of their photographs are striking in their composition and mastery of the play between shadows and light. “I learned in photography that I can paint with light. I can do the same thing with a camera in terms of capturing a dramatic moment and deliver to our clients not just a memory but also a work of art.”

In the beginning, Steve worked full-time while Jane handled the day-to-day administrative and production side. They grew their photography business while raising five children, and to make it work Jane had to be the one who did all the research and licensing that goes into running a legitimate business. This willingness to do the “not fun” stuff ensured that they would not only stay in business but continue to grow.

Jane credits their love of photography and art as the key to their success. “A lot of photography businesses fold within the first five years, either because they burn out or they lose interest in the work. I think we’ve been successful because I really do love photography. I love being part of capturing those moments that people are going to cherish for the rest of their lives.” The value extends beyond the couple and resonates into the lives of their loved ones as well. “One of my favorite memories as a child is sitting on the floor of my parent’s bedroom and thumbing through their wedding album.” This memory informs her appreciation that her work is not just about taking photos for the couple in that moment, but also for future generations. “One thing I love about wedding and portrait photography is that when I meet a couple, and they choose us, I know it doesn’t just begin and end on the wedding day. Our relationship often starts with the wedding photography, but as the couples grow their families, we get to photograph them and their children as well. We are sincerely grateful to do this work.”

Steve and Jane are also proud of their recent achievements and respect that they have earned from their peers. This past year, Steve and Jane took home several awards including Jane’s silver award in the print portrait division at the Wedding and Portrait Photographers International (WPPI) industry conference. “It was exciting to go to one of the biggest industry conferences in Las Vegas and witness the live judging. The portrait was judged on technical merit and deemed one of the best by five judges.” The win was extra special because the subject was her daughter, who did her own theatrical make-up for the piece.

Although she was artistic as a child and had artistic parents, Jane is still sometimes surprised to be making a living as an artist. “If someone had told me 20 years ago that I would have pursued a career in the wedding portrait photography industry, I’m not sure I would have believed them! I was pursuing a career in teaching before I had my children.”

Jane and Steve have been married for over 13 years, and sometimes their couples ask them for marriage advice. Jane often offers something along these lines: “Remember that you are two imperfect people, to give grace, to allow for mistakes, and to focus on the good and not the bad.”

As of this printing, Jane and Steve have captured over 100 weddings for couples throughout the greater Washington, DC area. Jane says she still gets teary-eyed at every wedding without fail. “Even though I’m behind the camera and it’s my job to capture the vows, I haven’t lost the sense of the sublime when two people commit their lives to each other, for richer or poorer, for better or for worse. I get choked up witnessing the weight of the commitment and the beauty of two people vowing their lives to each other and promising to make it work despite the hardships and difficulty that might be in their future.”