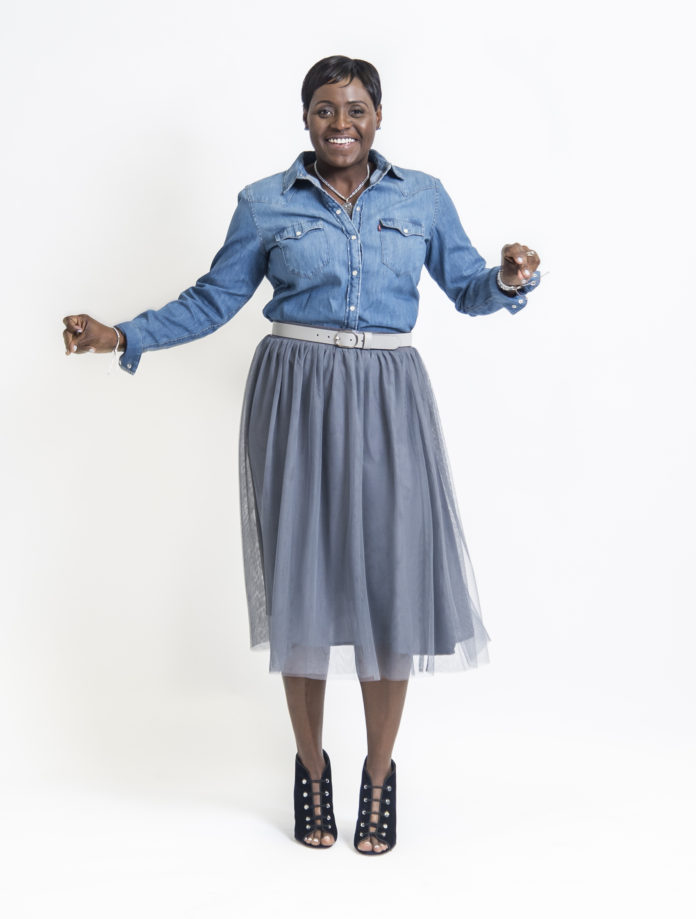 For two decades, Shaniqua has been a leader and an inspiration to many – speaking, training, and mentoring women on how to find their true passions and purpose in life.

It all started with a little girl confident and courageous enough to put herself in the mindset that fostered, supported and encouraged her dreams. At a young age, Shaniqua wanted to do something to change the community. She’s always had aspirations to follow what makes her happy, achieve her goals, and to help others do the same. “Don’t limit yourself based on where you are or the conditions you’re in,” she’s been known to say.

Born and raised in Charleston, South Carolina, growing up for Shaniqua was very black and white – literally. At the age of 18, she left her hometown and joined the military, leaving an area where everything looked familiar and forcing her young-adult self to broaden her horizons.

“Joining the military opened me up to so many different people and I’ve always had a love and a passion for people,” Shaniqua said. “It taught me to learn and explore and embrace diversity. I’ve always been so grateful for my military background – the leadership skills and the knowledge learned is just unmatched. It prepared me for life after the military, too.”

It was while serving as a United States Navy Sailor her lifetime vision began to form: to encourage, to inspire, and to motivate. Growing up, Shaniqua never imagined she was going to become an author or public speaker. “That wasn’t even a thought to me,” she said. “And a part of that was because entrepreneurship wasn’t taught to me. I was never told it was a possibility.”

While serving, Shaniqua found herself jumping at the opportunity to train other sailors and serve in leadership roles. Demonstrating diligence and determination, Shaniqua led sailors and civilians to meet increased demands and quickly became a mentor. She had an audience – helping people – and she loved it.

Around 23 years old, Shaniqua was finally starting to find her purpose in the world. During this time, Shaniqua grew close with the Lord, and in centering her spirituality, focused on forming a business to expand on her goals. Shaniqua began journaling, writing things out, and creating a vision board. “I started believing my life would be different.”

Her entire thought process and concept of life was changing; she began questioning, “Why am I here? How can I be impactful with the time that I have? How can I spread that and encourage others to do the same?”

In 2006, after serving eight and a half dedicated years in the United States Navy, Shaniqua began the next chapter of her life by writing her first book entitled Life, Experiences, Preparation, and Purpose. “I had no idea what to do with the book – I just knew I wrote it.”

The novel is a story of purposeful soul-searching leading to a fulfillment of life. It focuses on using life experiences as tools to prepare each individual for their own lives. “I started reaching out to women-owned businesses and selling the book that way – I would present the book at meetings and soon women would start asking me to speak.”

And speak, she did: at weekly meetings, community events, women’s conferences, on camera and more.

Shaniqua’s business and mantra to ‘Seek Purpose, Live Dreams’ was finally coming to fruition. “If you’re in alignment with your purpose, your dreams and desires will naturally manifest, because you are where you are supposed to be.”

Shaniqua’s persistent dedication to her cause guided the creation of a newsletter focusing on connecting women with others who have gone through similar experiences. “I began partnering with different women, starting with the everyday women I knew.”

The newsletter soon turned into a YouTube series with six tapings a year. It features similar content only on a more personal level and in video format. “One of my guests was a radio show host out of the D.C. area. She was doing a collaboration of authors around the DMV and invited me to be a part of it – that was the start of my second book.”

One of Shaniqua’s goals has continuously been to pass along what she’s learned. “When I figure something out, I love to share it with people – that is my business model. We’re all connected. We can benefit from one another.”

In the second book, My Name is Mommy, Shaniqua shared her personal experience as a mother, the lessons learned and the opportunities motherhood presents. She expanded from this book with a stationary set called Letters to My Daughter, inspired by her own mother’s passing in 2013, and a tradition she began when her daughter was young.

“My mom got ill in 2012. Before she passed away, she gave us her journal. There were so many shared stories that we had never known. It was so eye-opening to read the rawness of it all.”

Shaniqua wanted to be able to give back to her daughter in the same way, and had in fact already started. “When she was 2 years old, I wrote her a letter and put it in a box. And then I kept writing her letters every year.”

The custom designed stationary kit was created to encourage others to do the same, and comes with a keepsake box to be treasured forever. “I figured out something that works for me, so I wanted to create something for other women, too.”

Shaniqua stresses that being inspired by your own life experiences is what will bring fulfillment to many. This topic is one highly discussed by Shaniqua during her presentations, and throughout her 10 years as a public speaker, she’s witnessed what a little (or a lot) of self-love and finding your passion can do to a woman, and the world. “I love to see women fi red up and inspired and believing in themselves. Communities change when women are fi red up.”

Shaniqua recently hosted her first annual conference in her hometown of Charleston this past December. The intimate experience was dedicated to creating an atmosphere that stirs inspiration and ignites transformation, with the goal of building and encouraging strong female role models and partnerships. “It was everything I thought it would be and more,” she said. “I’m still getting calls. So many women are fi red up and ready for next year.”

In time, Shaniqua hopes to eventually launch a magazine and create her very own ‘Seek Purpose, Live Dreams’ campus, a place where purpose-drive people can work on their passions. “My ultimate desire – my dream – is to create a platform for woman’s ideas,” she said. “Don’t compromise on your dreams – that’s important.”

SHANIQUA’S BOOKS AND STATIONARY COLLECTION can be purchased on her website, SHANIQUACOUSINS.COM.

What Is Your Emotional Achilles’ Heel?