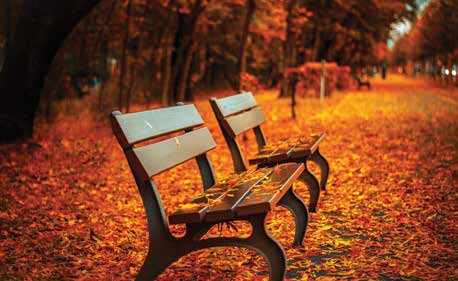 Phil is a 51 year old man who has been married for 20 years and is the father of an 18 year old son. Phil has been a dedicated coach and spectator at his son’s sporting events since his son was in kindergarten. Phil and his wife were weeks away from driving their son to his freshman orientation at a college out of state when Phil came to me for therapy. “I knew this day was coming but I didn’t know it would be so hard. My wife is talking about all these plans for the future and I can barely get out of bed in the morning.”

Bethany is a 28 year old single woman who has a satisfying job and a robust social life. Bethany had worked as an executive assistant for an established company for the past 10 years when she learned that her company was being bought out and new management was coming in. “I don’t know any other job than the one I’ve had and I’m scared to death!” she told me during her intake session.

On the surface Phil and Bethany appear very different but when I looked at them through a therapeutic lens, I saw two people struggling with change. In Phil’s case, his role as a father and how he spends his recreation time were changing. For Bethany, potential changes at work were taking her out of her professional comfort zone. And while Phil’s reaction to change looked more like depression and Bethany felt scared and anxious, both reactions to change are quite normal.

Julie Beck writes in a 2015 article in The Atlantic, “As a rule, humans prefer certainty to uncertainty. Studies have shown that people would rather definitely get an electric shock now than maybe be shocked later, and show greater nervous-system activation when waiting for an unpredictable shock (or other unpleasant stimulus) than an expected one. Where people differ is in the degree to which uncertainty bothers them.”

A good starting point for both Phil and Bethany was to look at their feelings as a collection of symptoms in reaction to a life change. From there we find a common definition of change like this one from dictionary.com: “to make the form, nature, content, future course, etc., of (something) different from what it is or from what it would be if left alone.”

Once my clients and I are able to talk about change in the same way, they can start to shift their thinking to what I like to call The New Normal. Embracing The New Normal means first acknowledging the good, the bad, and the ugly of past events and feelings. Part of this for Phil was patting himself on the back for all of the hard parenting work he put in that contributed to his son reaching this milestone. Exploration around the past with Bethany revealed some deep-seated insecurity around not having a college degree.

After this stage, I help my clients process how they feel about “how things used to be” and “how things are now” (“I’m sad that this phase of my life is over” or “I’m worried that I’m not good enough”) so they can move toward acceptance of the New Normal. In Phil’s case, his New Normal is reconnecting with his wife and finding new solo hobbies. For Bethany, her New Normal is managing her anxiety while she waits to see how her company’s merger will impact her job.

If you find that the changes that are coming your way are beyond what you can manage on your own, a compassionate mental health professional can be a great asset for getting a new perspective on troubling situations or behaviors.

Young Women and Breast Cancer: These 3 Things Can Save Your Life