Home Lifestyle Believe You Were Purposed for It All 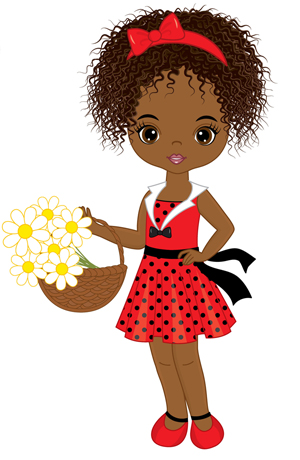 Recently I took a moment and read over the previous article in the Seeking Purpose, Living Dreams series and I became curious as to how many readers actually “Believe you were purposed for it all?” How many readers retained a held belief with regards to the various purposes they were designed for? Then I turned the tables and did a little introspection and reﬂ ection. Was I living in alignment with my held belief? Did I truly believe I am purposed for all that life has presented to me thus far?

Picture this! I was about seven or eight years old and my elementary school class was slated to perform a musical selection during a school program. For reasons I cannot explain, I was selected for a solo during the performance, which honestly remains a mystery to me. Mainly because, let’s just say…I couldn’t sing! At least not well enough to deserve a solo in front of a packed audience.

For weeks I would practice my performance with the class and while at home in the front of the mirror. Hair brushes, combs, and even my Barbie Doll’s head became makeshift microphones. I repeatedly visualized the stage, my class, and the audience. Childlike fearlessness trumped any nerves that attempted to rear its ugly head. In retrospect, I was like an athlete preparing for a ﬁnale.

Finally the big evening arrived and it was show time. My mom pressed and ironed my performance dress using the stiffest spray starch available at the time. She adorned my pigtails with just about every hair bow she could ﬁ ne. And let me not forget about the moisturizer with a hit of petroleum jelly she used to ensure my face held a heavenly glow from the stage. No performance would be the same without it.

I joined my class at center stage. The curtains opened and the auditorium was ﬁ lled with families of supporters as far as my little eyes could see. Then I heard a calling… Better known as the melody to the “Greatest Love of All”, by Ms. Whitney Houston. Before I knew it I was belting out these words:

“I believe the children are our future, teach them well and let them lead the way. Show them all the beauty they possess inside, give them a sense of pride to make it easier, let the children’s laughter remind us how we use to be. I decided long ago never to walk in anyone’s shadows. If I fail, if I succeed at least I’ll live as I believe…”

Back then I had no clue of the power of spoken words, or in this case, the sung words. I was given a set of instructions, prepared for the big day, received assistance from my support system, and showed up to do what I was asked to do. Unbeknownst to me, I was speaking life and purpose to myself as well as those under the sound of my voice. When I think of the irony of that performance, I am truly in awe of its symbolism. Then I think to myself, “You were purposed for it all.”

I’m positive that if you reminisce on the days of old you too will discover that “You were purposed for it all.” You were purposed to show up in the world and perform as only you can. While our stages and phases may differ, the fact that we all were uniquely engineered with purpose on purpose remains the same.

It is up to us to embrace everything that life has to offer. To do so, I encourage you to be a bold dreamer, rely on the power of visualization, move toward you predominant thoughts and life possibilities, purposely connect the dots of life, and lastly “Believe You were purposed for it all.”

In keeping with the words of the late Ms. Houston… You have everything you need within to succeed and live as “you” believe. When doubt and fear creep in go back to the laughter of the little girl within you and remind yourself how you use to be. I’m rooting for you!

How to Quiet Your Mind